Learn more about how Arnott is responding to concerns about Coronavirus COVID-19. 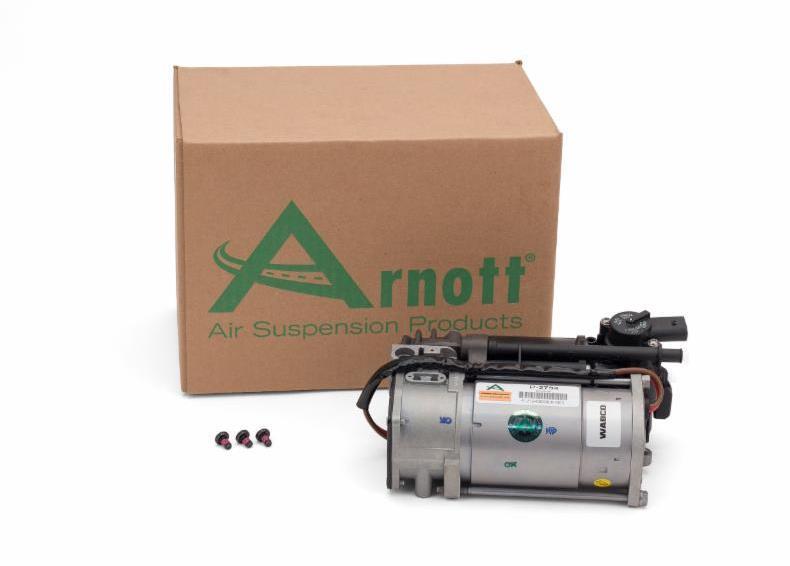 The WABCO OES Air Suspension Compressor replaces
OEM Part Numbers 37206864215, 37206784137, 37206789165,
37206789450, and 37206794465.
The replacement BMW pump, Arnott Part Number P-2794, is designed to directly replace the OE compressor and is made by the same manufacturer used by BMW. The air suspension compressor is backed by Arnott's Limited Lifetime Warranty and will fit into the original factory bracket using the OE mounting hardware. The BMW pump includes an integrated dryer and retails for $699. A detailed Installation Manual is available for download.